More Than You Ever Wanted To Know

Look at me with another blog so soon after the last. Who knows? Maybe I'll get better at this blog thing. But... seeing as how I cheated and just ripped this entry off from my husband's blog... maybe not.

A while back my husband decided he wanted to do a photo comparison between the two of us growing up. The man is a talented, creative, genius who loves me more than I deserve, and the result of his project was so fantastic that I just had to post it on my blog as well. Enjoy the pictures and little tidbits of information about me and Josh! And thank you so much for doing this for us Honey! I love you forever!!

For some reason my blog is a lot skinnier than Josh's so I had to size the pictures down in order to make them fit. If you have trouble reading the type, just click on the pictures to make them bigger. Sorry about that. Josh says my blog is not as cool as his now. (But Mine is pinker!) 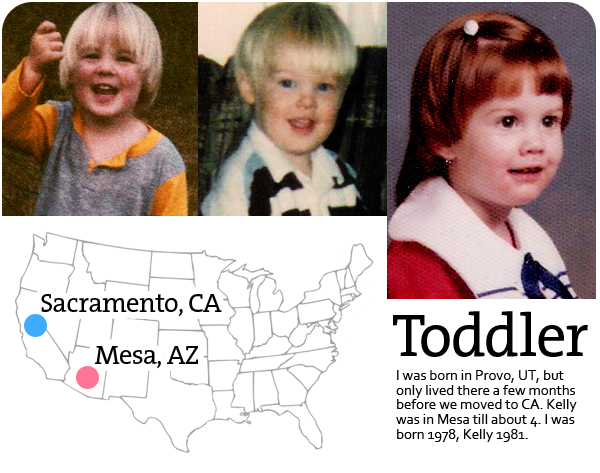 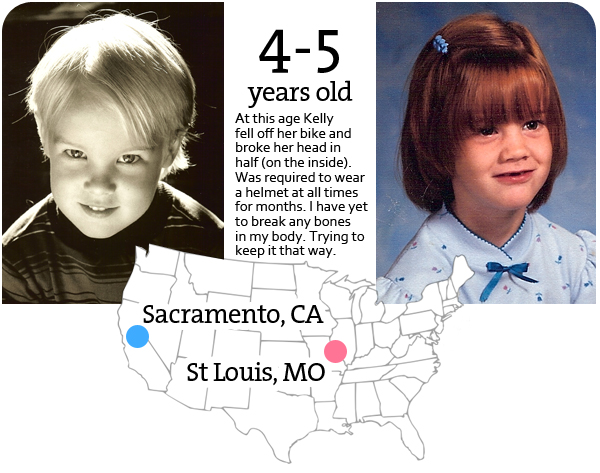 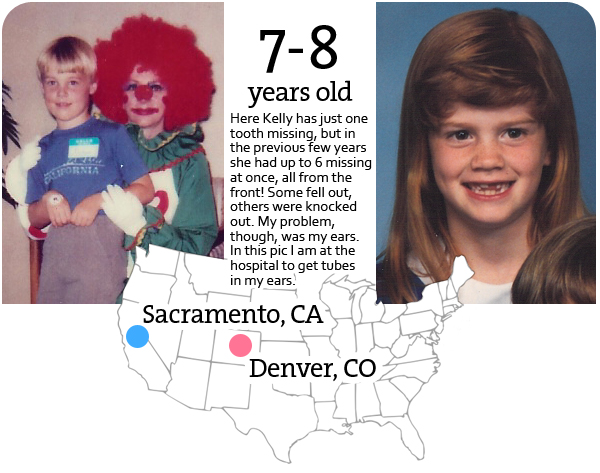 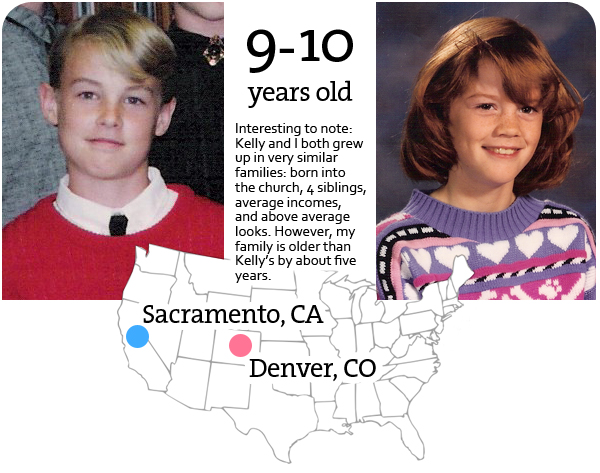 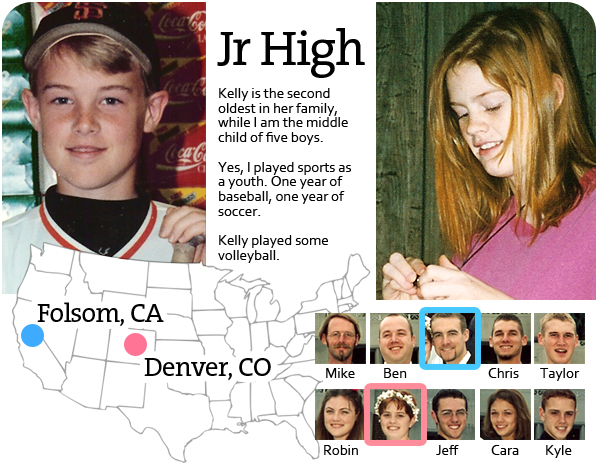 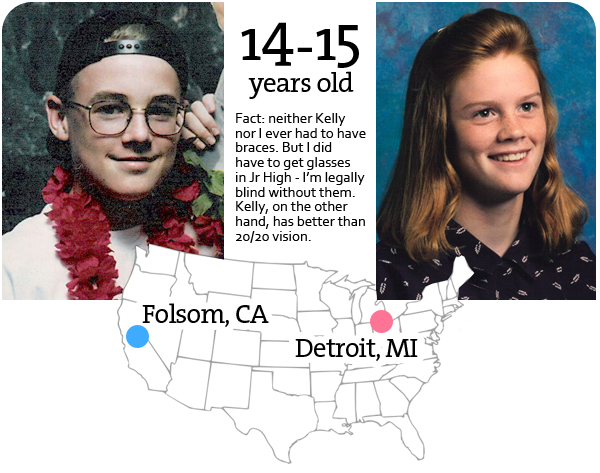 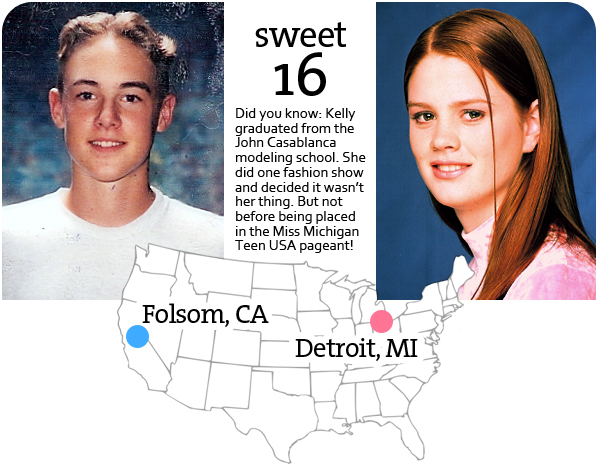 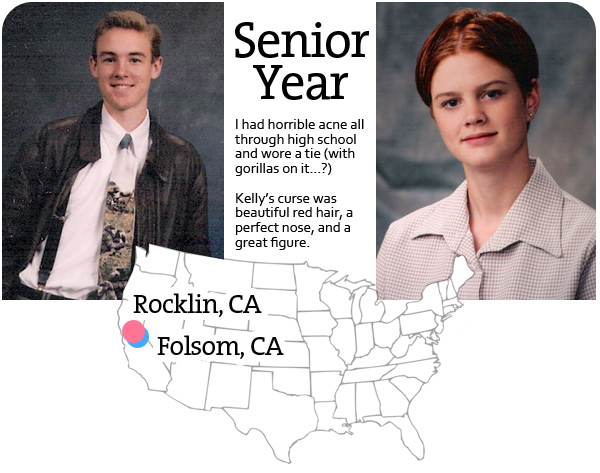 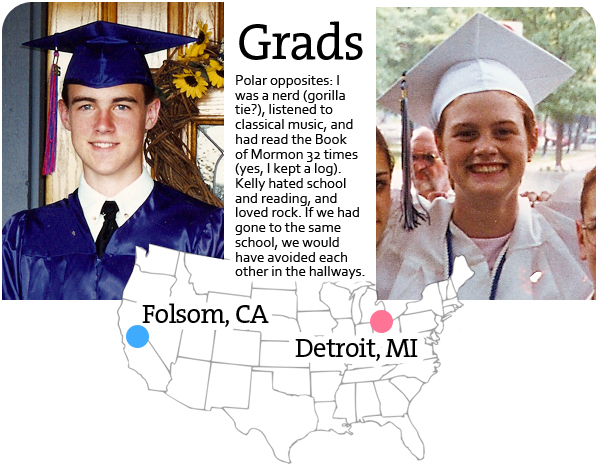 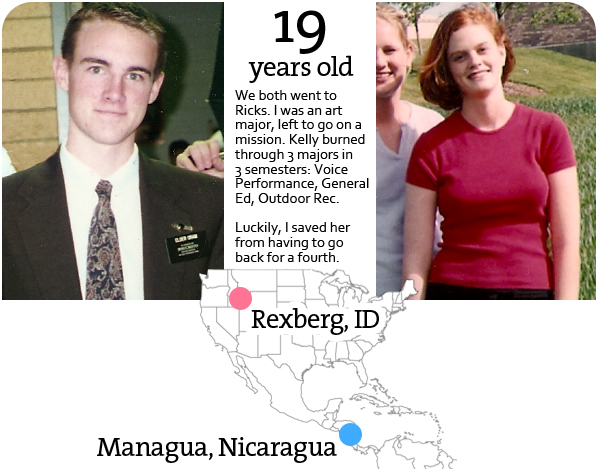 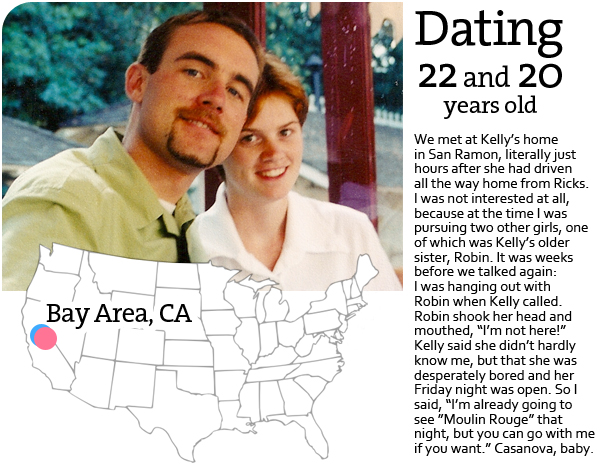 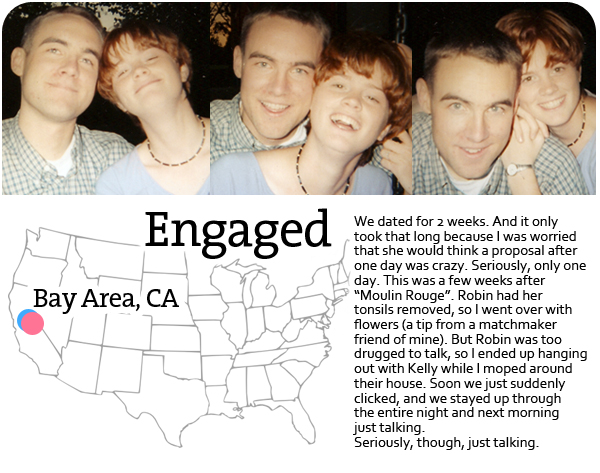 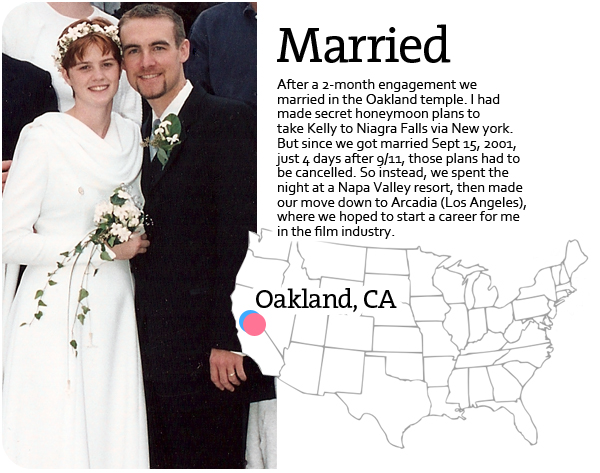 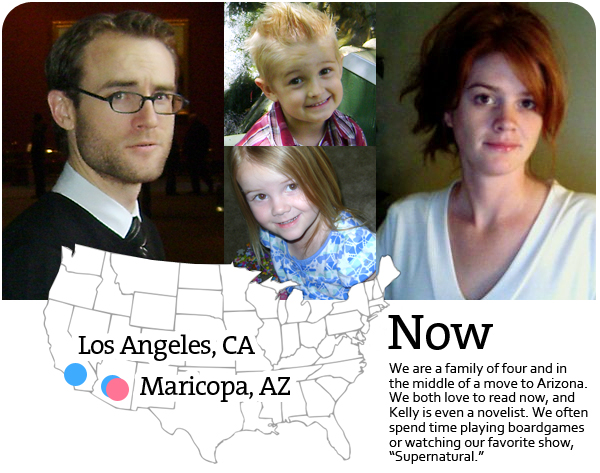 In my family we have what we call Family Home Evening. This is something that my church encourages it's members to do. Basically it means that Monday night is family night. We sing songs, play games and always have a lesson of some kind. Sometimes it's a spiritual/religious lesson, and other times it's a more practical lesson. My kids really love it. (And Im sure it has nothing to do with the fact that there are always treats at the end.)

About six months ago, after we moved into our new house, my husband and I decided that we needed to do a lesson on emergency preparedness. We took the kids through things like stranger danger and 911 and then went through a bit of fire safety. We set the fire alarms off so that the kids would know what they sounded like, and then took them through an evacuation plan. After that we did a couple of fire drills.

It just so happens that my children's bedrooms are on the opposite side of the house from mine and my son's bedroom window is only about two feet off the ground. So, the evacuation plan was that if the kids couldn't get to us, then they were to open Josh's window climb out and wait for us at the neighbors house across the street.

The kids had a blast climbing out the window, but my husband and I of course wondered how much of our lesson actually stuck. Well, the other night we found out.

It was 4 a.m. and my husband had just gone out of town that day, so I was home alone, just me and the kids in a deep sleep when I was awakened by the shrill sound of my fire alarms. Not just one smoke detector, but ALL of them in the whole house. It actually scared the crap out of me. I was disoriented and without husband and it took me a moment to realize that that noise was the fire alarms. Well I slowly made my way out into the hallway looking for smoke. (Which there wasn't any!) And then I went down the hall to go find my kids.

I expected to see children sitting up in bed, crying, covering their ears and panicking. What I found was my half asleep daughter covering her ears making her way into my son's room just like we'd taught her. I was surprised, but then I walked into my six year old son's room. It had probably been only about a full minute since the alarms went off and I kid you not that kid was already half way out the window! (He's a quick little bugger, that's for sure. I'm fairly certain that no fire will ever be getting that one!)

Anyway, in the middle of all the chaos, holding my baby girl's hand--who wasn't even crying--and watching my son calmly climbing out the window I started to cry. I blame it on the pregnancy hormones, but I was just so proud of them. Five and six years old and in the middle of the night both keeping level heads and doing exactly as they'd been instructed months before.

Of course everything turned out to be just fine. It was only a false alarm. (Which we still haven't figured out what caused them to go off--someone told me that they can go off if they get dusty?) But it was honestly a very scary night. After it was over, the fear and adrenaline kicked in, and the kids were pretty freaked that it might happen again. They wouldn't go back to bed, so we watched a movie and then went out to a pancake breakfast at McDonalds at 6 a.m. (Which they didn't even know you could do.)

We were all very tired and cranky the next day, but I didn't mind that they never went back to bed because my little angels made mommy so proud. Moral of the story? My kids rock! (And dust your smoke detectors every so often.)
Posted by Kelly Oram at 2:03 PM