It's finally here! Yay! It's so dark and mysterious compared to the light and bubbly goodness of V. (I'm a little bi-polar with my writing.) Anyway, I am so excited for this book, you guys don't understand. I am such a supernatural/fantasy geek and have had so much fun with this series.

The book has an official release date now too. Only seven months away! It will be available June 25, 2013. Here's the cover, and just to give you guys a little hint of what to expect I'll add a short excerpt. Fair warning. This hasn't been through its final edit so it's subject to change and liable to have a typo or two... 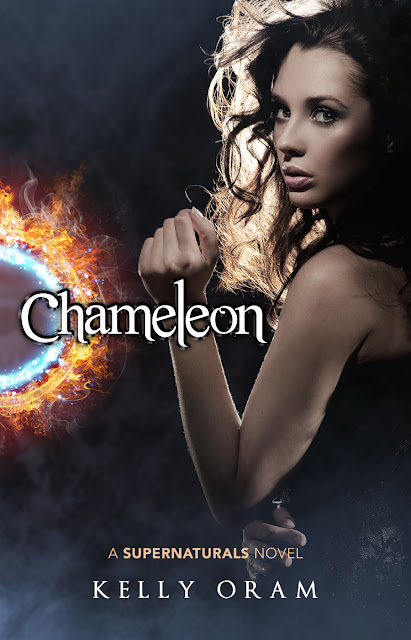 “This…” Russ put his fingertips on my cheek and dragged them down my neck, then brushed them back and forth along the length of my collarbone. It was too much to handle. My breath caught in my lungs and I started to tremble.
“The chance to touch you like this,” Russ said. “In a way that could never be mistaken for friendship, it’s all I ever think about anymore.”
A loud, slow clap startled both Russ and me from the trance we’d fallen into.
Standing twenty feet away on the edge of the lake was a tall man with sun-kissed skin and shaggy brown hair that fell in his eyes and curled out behind his ears. He looked about twenty-five and had arms that bulged out from the sleeves of his t-shirt. I had no doubt he could bench-press like five of me.
He was good-looking, but he was a stranger. Which, in our quiet little town that was so far off the beaten path people only came here when they had a really good reason to, was highly unusual.
“Now that was a line,” he said with amusement. “Seriously, I’m going to have to use that sometime.”
“Yeah, and until you showed up the line was working,” Russ called out in a voice full of false friendliness. “So, uh, show a little decency and find somewhere else to be.”
The stranger laughed. “I like you. You remind me of myself. If I were you I’d give the girl a kiss while you have the chance.”
When Russ’s muscles tightened I gently put my hand on his arm. “Be careful. There’s something about him. I can feel him like I feel you and your dad.”
Russ glanced at me. “He’s a supernatural?” he whispered back. “Are you sure?”
“As sure as I can be.”
I looked back at the stranger. It didn’t look like he was in a hurry to follow Russ’s advice to get lost. He walked over to the pile of clothes Russ and I had left on the shore and picked up my shirt. “This is a nice color for you, Danielle. I like it when girls aren’t afraid to wear a little color. Why don’t you come out of there and let me see how it looks on. I assume you’ll want to be dressed for our journey.”
Russ pushed me behind him. “And just what journey are you talking about?” he asked while I had another question.
“How do you know my name?”
“You’d better get used to that, Dani. Pretty soon every supernatural in the world will know your name. News travels fast, and the rumors about you, well, let’s just say you’re a bit of a celebrity. That’s why I’m here. I’ve come to fetch you for my boss. He’s very interested in meeting the one who’s supposed to fulfill the prophecy.”
To my surprise Russ let out a gasp and looked at me with wide eyes.
“That’s right,” the stranger said to Russ. “The Seer has predicted it. No doubt the council is already on their way to steal and corrupt her for their own purpose. My job was to get here before they do.”
Prophecy? Seer? Council? This entire conversation was over my head.
“What’s he talking about?” I asked Russ, but he ignored me. His attention was fixed on the stranger.
“Looks like he’s on steroids and likes to play fetch for his master? Must be a werewolf.” When the stranger grinned proudly Russ matched his smirk. “That explains the smell.”
“Just as your magic explains your misguided sense of superiority young master warlock.”
“You’re not taking her anywhere.”
“Danielle.” The werewolf addressed me suddenly. “Your boy toy here is overconfident. I’m a full-grown werewolf—second in command of my pack, and a trained worrier. A few beginner knockback spells from a young warlock-in-training won’t be any match for me. Come with me now and there doesn’t have to be a fight, but if he tries anything I will kill him.”
I didn’t have to think about his request. His threat was obviously real so I headed for the shore before Russ could stop me.
“Smart girl,” the werewolf said tossing me my shirt.