Exactly two years ago, a little book titled Cinder & Ella made its way onto Amazon. And then it exploded, making its way to # 1 on Amazon in all of its categories and even hitting the top 20 on all of Amazon. (Way to go, Cinder & Ella!)

And nearly every day of the two years since its release, I’ve received requests for an epilogue or a short story or something–anything–that would give readers more of their beloved Brian (aka Cinder) & Ella.

It may have taken me 2 years, but I’ve finally decided to grant all of those requests, which means:

Cinder & Ella is getting a SEQUEL!!

That’s right people, there’s a whole second book coming! But that’s not all. Not only has the book been announced, it’s less than 5 months away, and today we’re revealing the cover and blurb!

Along with this cover reveal the first book, Cinder & Ella, is also getting a new look. They’ve re-designed the cover to match the sequel.

Summary: What would you do if your anonymous Internet best friend turned out to be Hollywood’s hottest celebrity?

Cinder458: Your blogaversary is coming up, right?
EllaTheRealHero: Do all those Hollywood friends of yours know you use words like blogaversary?
Cinder458: Of course not. I need your address. Got you a blogaversary present.

Cinder got me a gift?
My heart flipped.
Not that I was in love with my Internet best friend or anything. That would be utterly ridiculous. The boy was cocky and stubborn and argued with everything I said just to be infuriating. He also had lots of money, dated models—which meant he had to be hot—and was a closet book nerd.
Funny, rich, hot, confident, book lover. Definitely not my type. Nope. Not at all.

It’s been almost a year since eighteen-year-old Ella Rodriguez was in a car accident that left her crippled, scarred, and without a mother. After a very difficult recovery, she’s been uprooted across the country and forced into the custody of a father that abandoned her when she was a young child. If Ella wants to escape her father’s home and her awful new stepfamily, she must convince her doctors that she’s capable, both physically and emotionally, of living on her own. The problem is, she’s not ready yet. The only way she can think of to start healing is by reconnecting with the one person left in the world who’s ever meant anything to her—her anonymous Internet best friend, Cinder.

Hollywood sensation Brian Oliver has a reputation for being trouble. There’s major buzz around his performance in his upcoming film The Druid Prince, but his management team says he won’t make the transition from teen heartthrob to serious A-list actor unless he can prove he’s left his wild days behind and become a mature adult. In order to douse the flames on Brian’s bad-boy reputation, his management stages a fake engagement for him to his co-star Kaylee. Brian isn’t thrilled with the arrangement—or his fake fiancée—but decides he’ll suffer through it if it means he’ll get an Oscar nomination. Then a surprise email from an old Internet friend changes everything.

With a heartwarming online celebrity romance reminiscent of Jennifer E. Smith’s This Is What Happy Looks Like, bestselling young adult author Kelly Oram has struck gold with her new adult contemporary retelling of the timeless fairytale classic Cinderella.

“A story that has it all: tears, laughs, sparks and a drop-dead swoonworthy hero. Give it a while and DreamWorks will pick up this story for a movie adaption, no doubt.” Anna Katmore, Author of Play With Me & Neverland

“Both funny and heart-wrenching, Cinder and Ella will give you all the feels. It’s the best twist on the Cinderella tale I have come across. I am not just a fan of Kelly Oram. I am an addict.” Cassie Mae, author of Switched & How To Hook A Bookworm

“Cinder & Ella is a beautiful modern-day fairytale with a great cast of characters that made me laugh and swoon. It had me staying up late at night to read just one more chapter, and at the end, I was left with a big grin on my face.” Cindi Madsen, USA Today Bestselling Author of Falling For Her Fiancé & Cinderella Screwed Me Over

If this hasn’t convinced you to check this book out, you can preview the prologue and first chapter by reading along with Kelly Oram.

And now for the moment you’re all really waiting for…

Summary: The end of one story is often the beginning of another. Hollywood heartthrob Brian Oliver and his Cinderella princess Ellamara Rodriguez have finally found love outside the digital world. But leaving their anonymity behind creates a whole new set of obstacles for the nation’s new favorite sweethearts. With the stress of Brian’s fame and the pressures of a new relationship weighing down on them, the It Couple quickly begins to wonder if they can hold on to their newfound joy, or if maybe happily ever after is only a fairy tale. 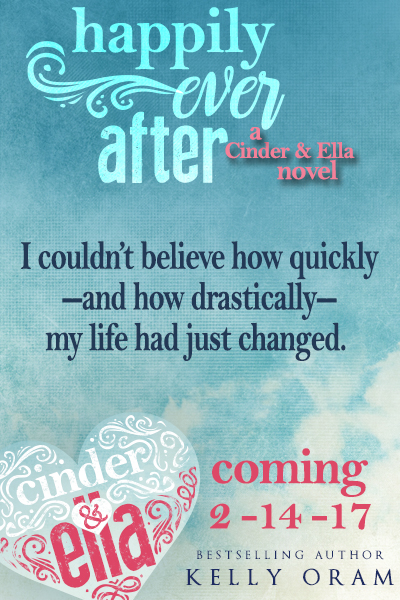 ***Sign up for Kelly’s newsletter to be notified when Happily Ever After releases!***

Enter this RAFFLECOPTER GIVEAWAY to win a signed copy of Cinder & Ella with the new cover! 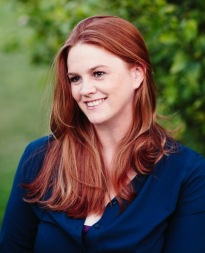 Kelly Oram wrote her first novel at age fifteen—a fan fiction about her favorite music group, The Backstreet Boys, for which her family and friends still tease her. She’s obsessed with reading, talks way too much, and likes to eat frosting by the spoonful. She lives outside of Phoenix, Arizona with her husband, four children, and her cat, Mr. Darcy.

Don’t miss the latest news from Kelly Oram! Sign up for her newsletter to receive e-mail notifications for all of her new releases, events, sales, & giveaways. This is a monthly newsletter often with exclusive giveaways and freebies from some of her favorite authors.